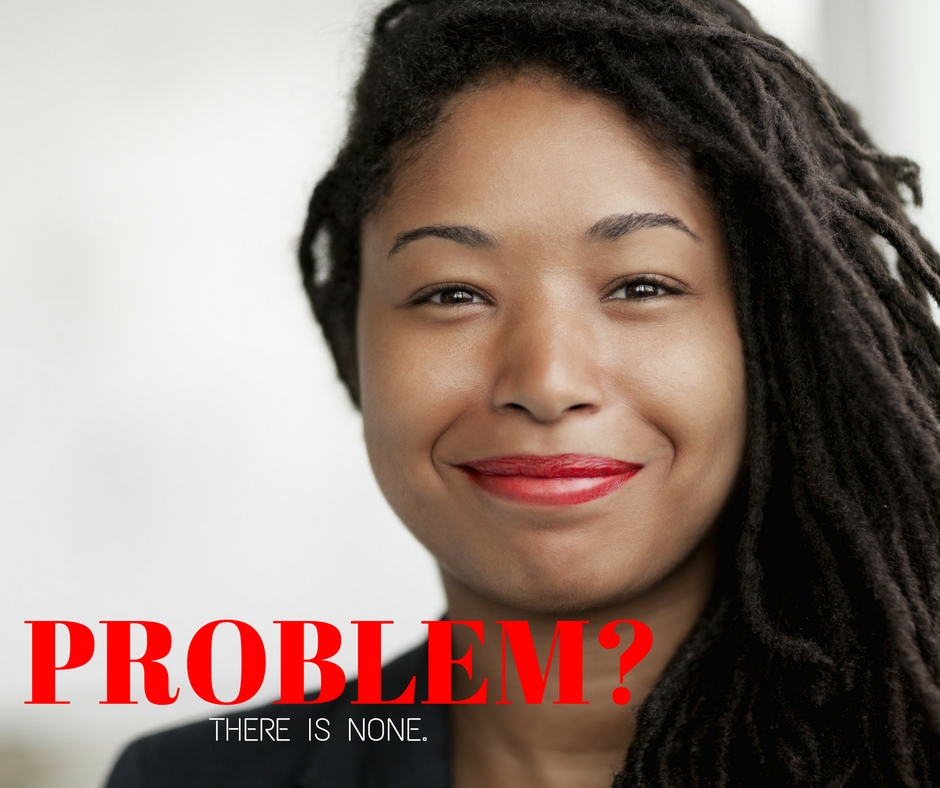 So someone with straight hair will NEVER be rejected…ever. It still translates as racism to me. The court is wrong. I can see if the locs are rainbow in color etc…but locs can be pulled up, back and even bunned and just as beautiful as any other style. Again…the court is wrong. Laws…some just aren’t right and never have been.

From the post: ****In essence, the ruling asserts that traits in a person’s appearance, which are tied to their culture but are otherwise changeable, are not protected and can be used to deny job offers.****

This statement is a problem for me. “A person’s appearance…tied to their culture but changeable… isn’t protected”

This means that black ppl are still being FORCED to change who we are. Smh. Courts are wrong.

How would it sound if it were reversed? **Take your straight hair out and make it curly or cut a bang although you don’t want one? Sure, you have straight hair but…not here. No hire. Bye bye. Lose your “culture” and apply again.**

Doesn’t sound too good and fair, huh? Just as qualified but denied based on hair.

Sad. Angry. Solution: Don’t beg for a job. Rock your dreads while owning your own company, allowing people to rock their hair while you ROCK YOURS.

The above is my Facebook Page post attached to the link from NBC Nightly News from Lester Holt which was titled Dreadlock Ban During Hiring Process is Legal, US Court Rules.  I thought my rant was over, however, I had to bring it here to by blog to further relay my message due to the fact that the court’s decision has literally gotten completely under my deeply brown skin and rather curly, kinky hair which on any given day I can totally decide to dread.

It was when I was maybe 20 years old or so that I said to myself I wouldn’t mind going dreaded when I turned 40 years of age.  The reason I chose this age is because I thought I would be totally finished with every other style that I’d ever wanted to try.  Turns out, I’m not done, but I’m rocking my natural hair as usual, and at times faux locs.

Let’s face it, dreadlocks are a beautiful devotion.  Anyone whom I have ever known has literally cried or felt like crying when they eventually had them cut.  Dreadlocks are even faith filled for some rooting back to a Nazarite vow from the Biblical times where a Nazarite would make a vow to God to never cut his hair for a specific amount of time.  It was only when this vow was complete did they cut their hair.  Two such men who are called Nazarites, who made the Nazarite vow, are Samson and John the Baptist.  As recalled in the scripture, when Samson’s hair was cut, his strength was taken.  John the Baptist never cut his hair. There are many other reasons for dreadlocks, but one of the most simple is this – it is how a black man or woman’s hair grows, able to dread and work into wonderful, profound styles unrivaled by any other race and culture in the world, dating all the way back to the beginning of time and reaching into the NOW.

Dreadlocks have been a powerful representation everywhere in the history of black, African, African American, Jamaican, Hatian etc…yes the list goes on and on, and yet with this court’s decision above, it is under attack once again.  They call it a culture.  It’s more than a culture.  Our hair is a huge part of who we are, just like every other race in the world.

I get it.  There are particularly strict cases.  The military wants all men/women to have a certain appearance.  We aren’t talking about the military in the court’s decision above, but even they (the military) have gone lenient to where black women are concerned with braids as they have considered that braids aren’t just a style, but it protects a black woman’s hair both on and off of the battlefield.  They can’t carry around a relaxer kit and a pressing comb to make their hair straight as their counterparts who may be able to simply wet, slick and go with a pony tail to set sail.  No…it’s not that easy, and they shouldn’t have to do so.  For as a matter of fact, if most black people were to simply wet their hair and leave it, guess would it would eventually do?  Dread.  It wouldn’t even take long.  Don’t lose your comb at war is an understatement.  Dreadlocks in this case would be a win win situation.  (If you don’t already know, women are taking on combat roles now.)

Dreadlocks are a wonderful help and never a hindrance to black people everywhere.  For the courts to frown upon them based on what someone who is ignorant to the facts about them states, is honestly racist.  To say it’s basically easy and practical to CHANGE someone’s identity against their wishes is overstepping the laws of this nation.  Just because it CAN be altered doesn’t mean that it SHOULD because someone simply doesn’t like it.  No.  Come with better reasoning than that.

I once worked in rehabilitation after graduating from college prior to my acceptance in to medical school, which I ended up rejecting.  Anyway, as I was working with one man in particular, he absolutely didn’t want me to help him at all because I am African American.  As a matter of fact, he made his position on the color of my beautiful skin loud and clear.  “SHE IS BLACK!  I DON’T WANT HER EVEN TOUCHING MY WHEELCHAIR.” Everyone was horrified and some of the Caucasian therapists appeared embarrassed and mortified.  Within seconds, my Caucasian supervisor, a wonderful Physical Therapist, walked over and asked me if I was okay.  Then, another Occupational Therapist came to check on my well-being.  I appreciated their concern, however, I was fine.  I wasn’t the one who needed the help.

Finally, my supervisor stated to the patient, “Either you let her help you, or you won’t get any help.”  Then he looked up at me and stated, “Leave him there sitting in his chair until his full therapy session is up.  He has refused therapy.  We won’t replace you with anyone else.”

This was a great decision.  They stood by me as an individual who was good at my job, not based on my skin color and those attributes that come with being an African American.

This is exactly what the court should have decided in this case.  Instead of making it legal to deny a job to a qualified applicant based on hair, they should have instead made it a requirement for any staff who takes issue with cultural diversity to take a full out African American and African studies class along with lessons on African American hair and how it NATURALLY grows and is and should be cared for on a regular basis because let’s face it…this type of attitude only stems from ignorance.  Therefore, my judgement made: BECOME LESS IGNORANT

Our people as a whole, the human race, will perish for lack of knowledge.